Donations help Sleep in Heavenly Peace give children their own bed 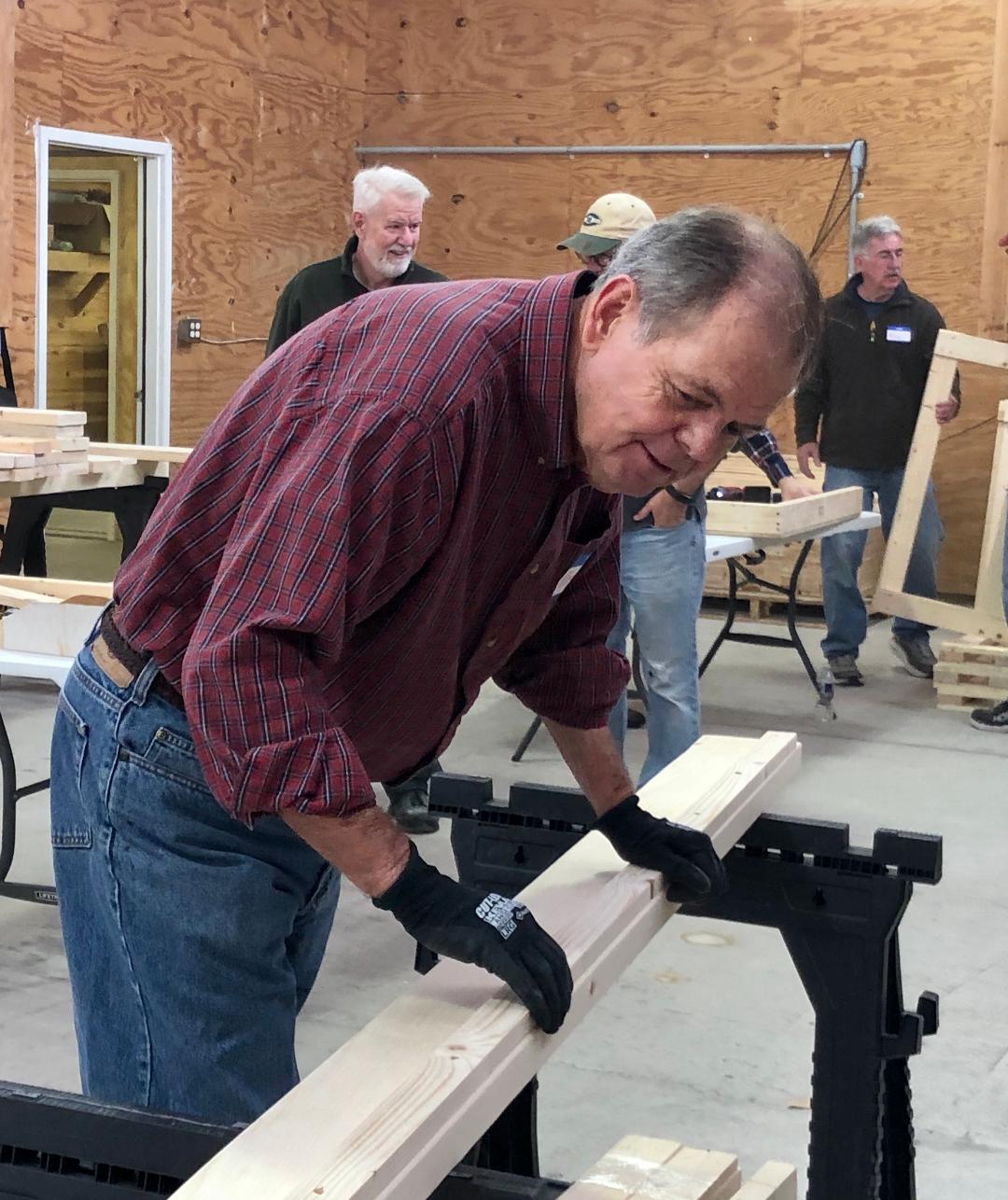 Many subscribe to the belief that helping someone in need is an awesome feeling. Dave Jones doesn’t just believe that, he is matching his words with action. Sleep in Heavenly Peace (SHP) is a nonprofit organization that builds and delivers beds to children who don’t have one to sleep in. Over 200 SHP Chapters exist nationwide. As the local Chapter President, Jones takes on the responsibility of creating opportunities for volunteers to make and deliver beds and give back to their own community.

“Although this may seem like a personal sacrifice, it comes with a much larger reward. I get to see the effects of what our community’s volunteers have done, effects that can be seen on the faces of parents as we bring the children a bed to sleep in,” he said.

Rosie Jordan, Salem’s Finance Director, was touched by the presentation that Jones put on last month for city leaders and officials. She said she was unaware of just how many local children don’t have a bed to sleep in. “Many of these people were moved to tears knowing what some families truly face each night. It was a personal drive that led each of us to do whatever we could to help,” Jordan said.

Thanks to the generous contributions from the Directors and Assistant Directors in the City of Salem, some Salem Rotarians and some local businesses, approximately $4,800 was given to SHP at a recent Kiwanis Club meeting. The funds will be used to purchase material and bedding for 15 bunk beds.

“These days, so many people take things for granted. I can’t imagine what it would be like to not have a bed to sleep in. When I heard about the Sleep in Heavenly Peace project, and the need here in our area, it quickly spoke to my heart. There was no way that I was going to let this opportunity to help someone else slip by,” Salem Civic Facilities Director Wendy Delano said.

Added Justin Kuzmich, Salem’s Real Estate Director, “Having four children of my own, it just tears my heart apart to know that there are kids who don’t have beds to sleep on at night. I want to help out and expose my children in the building process, so that they understand the importance of taking care of each other.”

About 35 volunteers can build 15 bunk beds in about four hours. Sleep In Heavenly Peace is 100 percent sponsor and volunteer-driven. No one, not even Dave Jones, gets paid a dime for what they do.

“There’s a lot that’s going on in the world we live in, but until someone actually puts it in front of you, you really do not think about it as much as we should,” Salem Parks and Recreation Director John Shaner said. “After Dave’s presentation at Rotary, the magnitude of this really hit me.”

For Salem Vice Mayor Jane Johnson, it’s unfathomable that any child would have to sleep without a bed. Salem Tourism Director Carey Harveycutter also believes that there is no reason a child should have to sleep on the floor. “As a mom, that just breaks my heart and I am so proud of the city employees who stepped up to help fill this need with their generous donations,” Johnson said. Added Harveycutter, “This donation will not end the problem, but it will assist in building beds for those less fortunate among us.”

To request a bed, families must go through shpbeds.org. Beds can also be requested through Social Services or by referrals looking to help a family out.

No Result
View All Result